Altrove is a non-profit organisation that enhances and supports avant-garde research and artistic production. Starting with muralism, Altrove continues an experimental path in contemporary public art, convinced that only dangerous initiatives can generate true cultural growth. Since 2014, Altrove has been involved in the organisation of Altrove Festival, a public art festival based in Catanzaro, southern Italy. Every year, artists, curators, volunteers and art lovers intertwine their lives and experiences with the city and its citizens. It is a special interaction that profoundly influences the creativity and perception of artists and visitors.

The starting point is the questioning of the concept of urban space in the sense of the “periphery”; that is, the forgotten, marginalised, neglected space of the city; but which is not necessarily far from the centre. Today Altrove is considered one of the best public art festivals in Italy and one of the most important in Europe.

Altrove Festival, takes place in July/August in the historical centre of Catanzaro. It is structured as an event dedicated to street art and, at the same time, as an art festival involving different languages and artistic expressions including painting, photography and audio/visual techniques.
The aim is to re-educate the concept of beauty in neglected urban contexts resigned to aesthetic and social decay through the fil rouge of abstract language.

The elsewhere from which the festival takes its name refers to a physical but at the same time immaterial and mental elsewhere. Through the proposal of a new point of view on the city and of the city, the aim is to create a new image, where Catanzaro is seen as a space for the manifestation of one’s own thoughts and feelings; triggering the feeling of living in another place. Altrove

This Festival aims to rediscover the cultural, historical and touristic value of the regional capital, suggesting new uses for public space and bequeathing to the city a series of public artworks created by some of the world’s leading artists.

Moreover, a special feature of the event is the desire to ensure that the artists who come together in Calabria’s capital work on the same days and in close contact to share an experience and stimulate valuable debate. 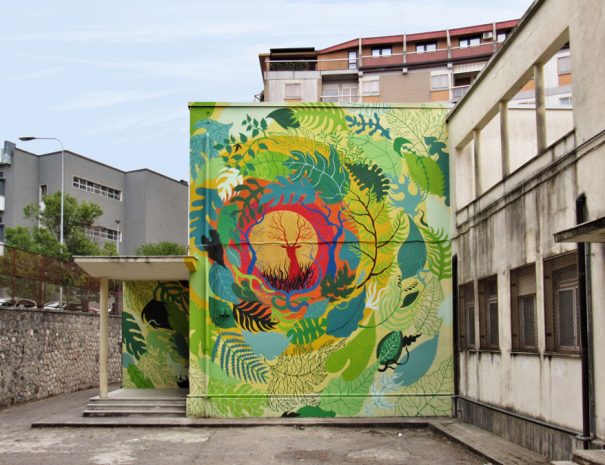 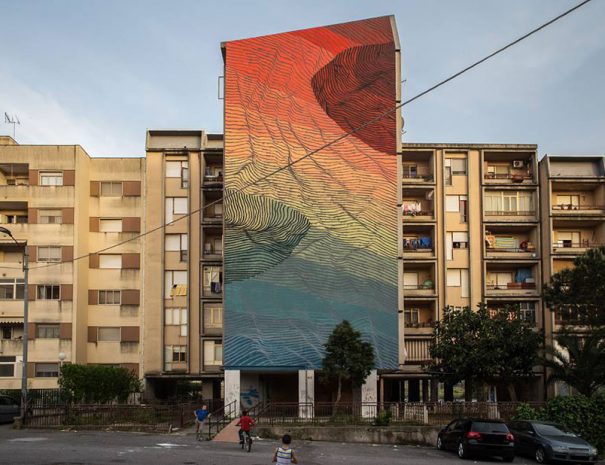 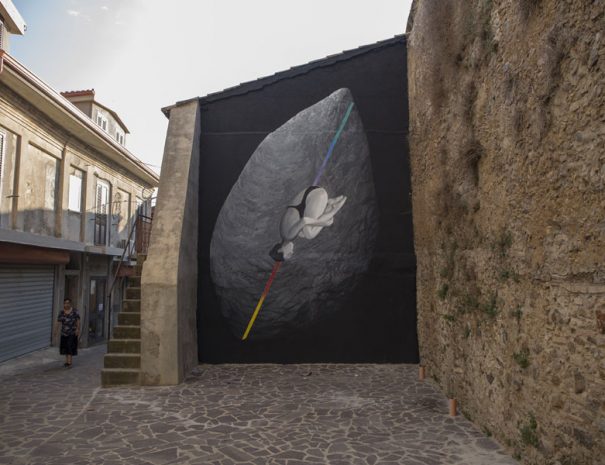 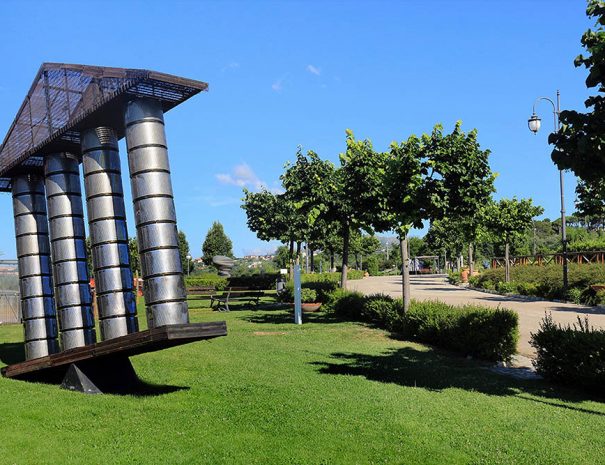